Food and Translation – Are We All What We Eat? 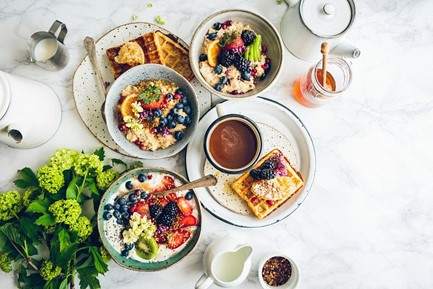 How is food related to translation?

The New Year has just begun and one of the first points of a New Year’s resolution is often to eat healthily and to keep fit. For this reason, in this blog post, we talk about food and how its cultural nature can sometimes be challenging in translation.

Food has always been a vital part of life. We all need food, it is fuel for our body, it gives us energy and powers our runs. But food is also part of our language, our culture, and our identity. Food represents what we are if it is true that we are what we eat. Hence the relation between food and translation. As we all know, language and culture are intrinsically related. Since food is part of our culture, it is unavoidable that translating food will represent a hurdle for translators.

Food in our lives and translation in idioms

If we think of fairy tales, which are timeless, we can see how deeply rooted food is in every tradition. For example, take Snow White and The Seven Dwarves, from which the concept of the poisoned apple has spread around the world, and has also been used in famous films. In Pirates of the Caribbean: The Curse of the Black Pearl, there is a scene in which Princess Elizabeth, who has been kidnapped by Captain Barbossa, is eating with him. He offers her an apple and, looking at his gaze, she exclaims: “It’s poisoned!”. The cross-reference to the fairy tale is obvious.

Food is also present in some idiomatic expressions, which sometimes are difficult to translate from one language to another. An example is the expression “to be the apple of one’s eye”, which means to be adored by someone. A similar expression that uses the apple is the Italian essere l’altra metà della mela (literally “to be the other half of the apple”), referring to someone’s soulmate. In Spanish, instead, they use the orange to refer to a soulmate (eres mi media naranja, literally “you are my half orange”).

In an increasingly globalized world, it is important to remember that food remains a symbol of a country’s identity. However, nowadays, it is sometimes difficult to distinguish between what is truly traditional and what part of a country’s food culture has been influenced by external sources. Indeed, it is increasingly common to see Japanese restaurants in Western countries, or to eat an Indian curry in the middle of Berlin. This is because being able to sample the typical cuisine of a location in a totally different country is a profitable trend. So much so that the authenticity can sometimes be compromised. In New York for example, most Japanese restaurants are run by non-Japanese chefs. Some Korean restaurants, instead, branch out into Japanese food to attract more clients.

For this reason, is it important to always remember where food comes from. This does not mean just the physical place, but the generations of people who have developed the cuisine.

In today’s cosmopolitan society, the interest in gastronomy has grown considerably. Consequently, there is an interest in translating restaurant menus. However, sometimes things go wrong, resulting in funny and weird menus. Menus are really important as they represent the first experience of a customer’s food enjoyment and leave lasting first impressions. The quality of their design and the accuracy of the dishes’ descriptions reflect the quality of the food served in a particular restaurant.

The primary purpose of a menu is communication. If there is a good food description and the clients can easily recognize the ingredients, they will be satisfied, and this will increase a restaurant’s popularity and therefore its profit. A confusing translation can cause a customer to make the wrong choices, which in most cases, can lead to the customer not to return. A well translated restaurant menu inevitably creates a bond with a customer, who, although they may want to experience a different cuisine and unfamiliar flavours, also wants to know exactly what they’re eating.

When it comes to literature, there are more than one aspects to consider:

The translator uses different translation techniques to deal with these difficulties.

As concerns the first aspect, there are at least five techniques that a translator can use:

Regarding the actions carried out while eating or drinking, these can be translated literally, or omitted if they are not relevant; the translator can choose to paraphrase the meaning to make it clearer, or he/she can find an equivalent.

As concerns the metaphorical expressions, instead, the translator can use the same metaphor (if there’s one in the target culture), a similar metaphor or a different one but conveying the same meaning.

One of the translation techniques is intracultural adaptation, i.e., using an item closer to the target culture. This is possible in books, but what happens in films and animation? We cannot use a different item in translation due to the fact that the item is clearly shown on screen.

Let’s take Shrek for example. In one of the first scenes, Shrek and Donkey are talking about breakfast. In the original version, they name waffles, which are ciambelle in the Italian version and churros in the Spanish one. However, this was only possible because they were just talking about it. If food had been featured on screen, it would not have been possible to translate it this way.

Here is an extract of the conversation:

The Gingerbread Man: Do you know The Muffin Man?

The Gingerbread Man: Well, she is married to The Muffin Man.

The Gingerbread Man: The Muffin Man!

This could seem a normal conversation, but if we google The Muffin Man, we discover that it is a song for children.

If we now look at the Italian version, The Muffin Man is L’Uomo Focaccina (muffin is something sweet, instead a focaccina, which is similar to bread). Drury Lane, which is a London street, becomes farina (flour) just to make it rhyme with focaccina. This is how, by changing the language, every cultural reference to the song has been lost, as there is not an equivalent song. However, the connection to the food theme has been retained.

But if we look at another version, for example the Spanish one, we find out that they decided to keep the idea of using a song for children, even if does not correspond at all to a literal translation and the reference to food is totally lost.

In fact, in Spanish, The Muffin Man becomes Mambrú. Then, the lines go on with Mambrú se fue a la guerra (Mambrú went to war). In this case, we are not talking about a character connected to food anymore, such as muffin or focaccina, we are talking about a man who leaves for the war. This makes the situation sad rather than funny, contrarily to the Italian and original versions.

Learn more about food and translation – Translate your menu!

All of this happens because language cannot be separated from culture, just as culture cannot be separated from language. As food represents something intrinsically related to culture, it can make it really challenging to translate, or rather, to convey the same reference into another culture without changing its meaning or its original reference.

At LingoStar, we provide translation services in any language you may need. We can translate your menu into any foreign language. We can also typeset it for you or review your PDF layout to make sure it’s appealing for your clients!

Please request a free translation quote or email us at info@lingo-star.com. We’ll be happy to help you with your layout review and translation.

Find out in our ebook how to localize your menu or any online content to a wide range of languages and cultures. Check out our ebook How to Expand Your Online Business >>.