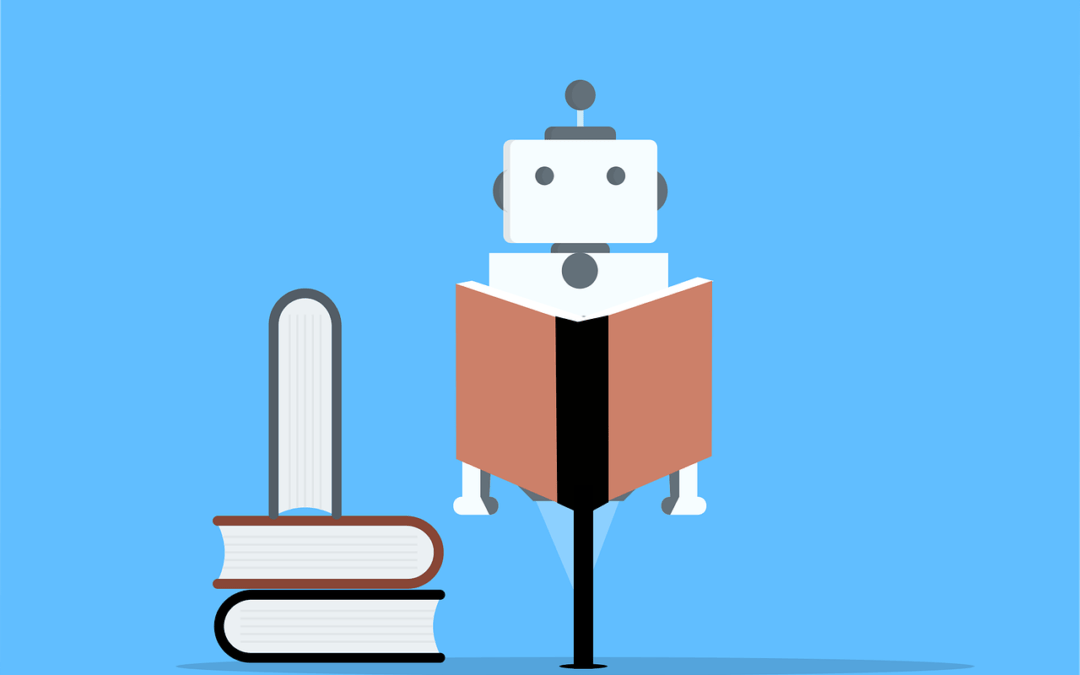 What is artificial intelligence and how is it dominating the world?

In an increasingly digitalized world, we can’t deny that Artificial Intelligence (AI) is taking over. In this blog post, we look into the connection between artificial intelligence and translation.

The leader in AI is the United States, inventor of the Internet, but China is quickly taking its place. In this race between the US and China, Russia is also trying its best to keep up. Indeed, at the AI Journey 2019 conference held in Moscow, Putin said:

“Artificial intelligence is a resource of colossal power. Those who will own it will take the lead and will acquire a huge competitive edge.”

But what is AI exactly? And what is its impact on our daily life? Artificial intelligence is the ability for computers to simulate human thought and behaviour in real-world environments. It works with deep learning, that imitates our brain’s functionality and allows computers to analyze situations based on data. A pioneering force in AI was the Logic Theorist, a program designed to mimic the problem-solving skills of a human being. Allen Newell, Herbert A. Simon and Cliff Shaw invented it in 1956, while John McCarthy coined the term AI. The Logic Theorist function was to prove mathematical theorems like the ones in Russell and Whitehead’s book Principia Mathematica. It proved 38 out of 52 problems in the book, showing better results than the authors.

Artificial intelligence and translation – What is machine learning?

The term artificial intelligence is often used interchangeably with the term machine learning, but they actually refer to different realities. While AI is the field of developing human-like computers and robots, machine learning is a sub-category of AI. Machine learning is a type of computer science which consists in programming a machine to learn from experience.

By using machine learning, programmers can test the limits of how much they can improve the perception, cognition, and action of a computer system. Instead, AI is based on deep learning. This is a more powerful method that uses large neural networks to learn complex patterns and make predictions without human input. An example of machine learning is when the keyboard of our smartphone starts to give us more and more accurate suggestions. This happens because machine learning programs the keyboard to learn from our experience.

AI is used in many fields, such as marketing, banking, healthcare and so on. In recent years, there has also been an increasing use of AI in translation.

Artificial intelligence and translation – What’s the role of Google in translation?

Like many other fields, translation has not been spared by AI. Many people wonder if artificial intelligence translators are surpassing human translators in their ability and speed in translating foreign languages. With the advance of technology, it’s easy to understand the reason behind this question. AI translators are digital tools that we can use to translate the words and the meaning of not only words, but whole sentences. These tools use artificial intelligence resulting in greater accuracy and fewer misunderstandings than when using simple machine translation. A pioneering force in artificial translation is Google, which is becoming increasingly performant. Google has also created an app that allows you to scan a text in a foreign language and immediately get the translation in your language.

AI translators are undoubtedly useful, but they are not as good as people think. People have built these kinds of translators to translate words and sentences without context. They can be useful in emergency situations when travelling, such as asking for information, but they don’t work in building human relationships. Missing context means that they are not able to grasp the humour and irony of a situation. Sometimes, this results in inaccurate and sometimes offensive translations.

Where have all the translators gone?

At this point, we should ask what the difference is between using machine and human translation and why more and more agencies are using AI translation, especially in the subtitling field. First of all, the difference is in cultural hurdles and conveying contextual meanings. The question remains: why do agencies often choose AI translators instead of human translators? The answer is simple: AI translators cost less money than human ones. Audiovisual translators are often paid per minute at a cost of less than 1$. However, we all know that one minute of script (in the case of subtitling) doesn’t mean that it will take you one minute to translate. Consequently, professional translators give up and look for other better-paid jobs. The remaining ones are often students or non-professional translators who unfortunately can provide translations which aren’t always the best.

Squid Game and its translations

Recently, Netflix produced a TV series that triggered a big debate about its translations into the many languages it was made available in. We’re of course referring to the Korean Squid Game series, and even if you haven’t seen it yet, you’ll have heard about it. As a world-wide platform, Netflix has to convey its series in more than one language, and if not dubbed, at least with subtitles. However, audiences are not always happy about subtitles. This happened with Money Heist (the Spanish La Casa de Papel) and it’s happening with Squid Game.

The discussion started when comedian Youngmi Mayer, who is fluent in Korean, said that watching the show with English subtitles, for people who don’t know Korean, means watching a different show. She also gave a few examples on Twitter and TikTok. She pointed out that not only is the translation incorrect, but it’s also lacking in conveying the Korean culture. For instance, when Mi-Neyo is trying to convince the other players to play with her and she says: “I’m not a genius, but I still got it worked out”. According to Mayer, the character actually said: “I am very smart, I just never got the chance to study”, something that happens often in Korea.

Why translators are not to blame

However, translators are not to blame when it comes to subtitling and dubbing. When translating, the choice is between keeping the original meaning with a literal translation and respecting subtitling and dubbing rules. Indeed, every agency has its own rules. For example, for Netflix, subtitling mustn’t be longer than two lines and 42 characters and mustn’t last more than seven seconds on the screen. When dubbing, instead, lip synchronization is the challenge. Moreover, not conveying the source culture doesn’t mean not respecting it. Rather it means choosing to use the culture of the target language to avoid having to give further explanations.

Learn more about artificial intelligence and translation – the world of subtitles!

At LingoStar, we provide translation services in any language you may need. We can translate your script for subtitles or for dubbing into any foreign language. Please request a free translation quote or email us at info@lingostar.com. We’ll be happy to help you with your subtitles and translation. Least, but not last, don’t forget to subscribe to our newsletter at the bottom of our website for news and information about what’s going on in the world of translation!

Read about subtitling in our newsletter focused on multilingual subtitling practices >>.

Read how to add subtitles in foreign languages in our blog post >>.