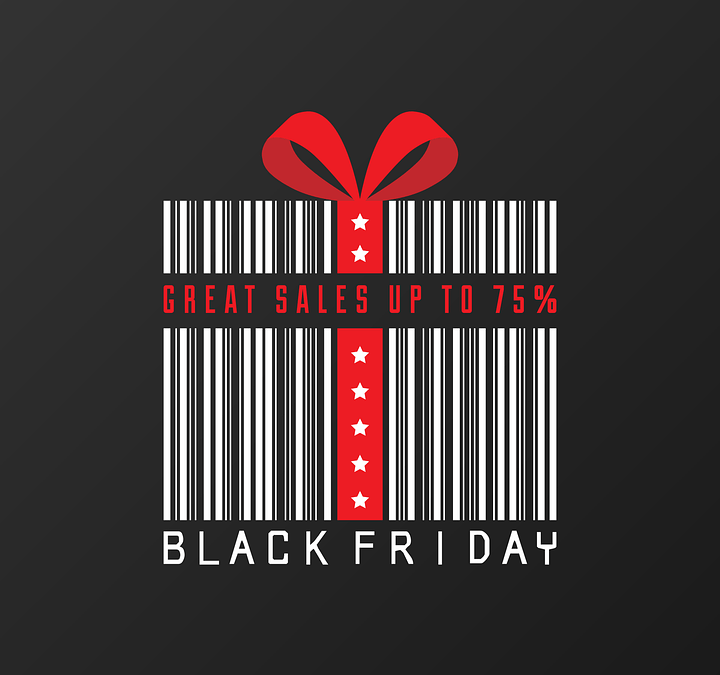 Black Friday is celebrated all over the world today, but do you know where this “tradition” comes from?

Officially claimed to be the busiest shopping day of the year only since 2001, its origins can be traced back to a financial crisis that occurred in 1869. It was not even on the day after Thanksgiving, but on September 24. On that day, two Wall Street financiers bought up as much of the nation’s gold as they could to try to sell it and gain astonishing profits. However, their conspiracy was unraveled, and the stock market went into bankruptcy. What does this have to do with the Black Friday that we all know today? Well, it seems that after a year “in the red”- that means faced with losses – stores finally managed to earn a profit on the day after Thanksgiving. The expression for earning a profit used by Americans is “going into the black”, hence the so famous “Black Friday”.

However, there are other stories behind our shopping holiday. One of these goes back to the 1950s. Cops in Philadelphia used the expression Black Friday to describe the chaos of the day after Thanksgiving. Shoppers and tourists flooded the city for the football game held on the Saturday. For this reason, they could not take the day off. By 1961, people unsuccessfully tried to replace the word “black” with “big” to remove the negative connotation. Only in the 1980s retailers used the word “black” to refer to the concept of “going into the black”.

The result is this special day when every brand, from the biggest to the smallest one, tries to reach as many customers as possible. But in order to reach new markets and increase revenues, brands need to know who they are addressing. This involves knowing cultural factors that can affect how products or services are received. Therefore, Black Friday can benefit from translation.

First, it is important to distinguish between translation and localization before getting into the details of how these two processes help brands.

Translation is the process of translating written documents, for example flyers, offers, advertisements and anything else that involves communicating from one language into another.

Localization, on the other hand, is the process of adapting a product or service to a specific market. This is not only translating the product, but also considering all the factors that can affect a group of people. Time zones, cultural references, gender roles, age, they all define the specific characteristics of a group and can therefore help brands to hone in on their interests.

Black Friday is a big opportunity for all the brands that want to increase their customer numbers. However, if they do not have a good campaign, clients will remember them for the opposite of what they wanted to achieve.

Translation is the starting point of the localization process. To exemplify what happens when we consider only translation, we can refer to some of the worst translated campaigns.

One of these is from the 1990s, an ad campaign created for the California Milk Processor Board. The campaign said: “Got Milk?” and they literally translated into Spanish as “¿Tienes leche?”. However, in English this means “Are you breastfeeding?”, which is not exactly what the campaign was trying to say.

Another example is from the famous worldwide brand Coca-Cola. The story goes as follows: a salesman had to spread a Coca-Cola campaign in Saudi Arabia, but he did not speak the language. Therefore he decided to use a series of three pictures. The first one showed a man laying in the desert, the second one the man drinking Coca-Cola and the third one the man running across the desert. However, the salesman did not consider that, in Saudi Arabia, people read from right to left. So, from what they could see, instead of Coca-Cola restoring the man’s energy, it appeared to kill him!

These are clear examples of what happens when we do not consider factors like culture and language in campaigns.

Black Friday around the world

Year after year, Black Friday has become not just one day, but entire weeks of sales and offers. Indeed, another factor to consider when spreading a campaign is how long the sales are going to last.

In addition, not everywhere in the world uses the expression “Black Friday”. We have seen where “Black Friday” comes from, but it is worthy knowing that, in some countries, they use to translate this expression.

In Mexico, for example, Black Friday is “El Buen Fin” (the good weekend) and it occurs on the weekend before the third Monday of November. It is a commemoration of the country’s revolution in 1910. Even though the sales are not as big as in the US, that week is still the cheapest week of the year in Mexico.

In Spain, they use the literal translation of Black Friday, which is “Viernes Negro”. However, closely related to the Mexican expression, they also say “Buen Viernes” (good Friday). In Germany, they advertise Black Friday as Black Week or Black Shopping. In China, instead, they have their own version, which is “Singles’ Day” that they celebrate on November 11.

The decision of translating or not this expression also refers to culture-related events. For example, in Venezuela, “Viernes Negro” refers to February 18, 1983, when the Venezuelan coin was devalued against the US dollar, resulting in a destabilization in the Venezuelan economy.

In Italy, the adjective “black”, when used to refer to a day, means a bad day. For this reason, they have kept the expression Black Friday, because saying Venerdì Nero would mean a really bad Friday.

Find out more about Translation and Localization with LingoStar!

At LingoStar, we provide translation and localization services. If you need your ad campaign translated, do not hesitate to contact us! Please request a free translation quote or email us at info@lingo-star.com. We’ll be happy to help you with your translation.

If you want to expand your online business with a multilingual website, you need to know more about translation and localization. We are here to help! We have an ebook series on multilingual website translation! If you want to expand your business in USA, check out our Localization Guide English (USA) or any other guide of the country that may get your interest.