Literary Series and Their Influence on Language and Culture 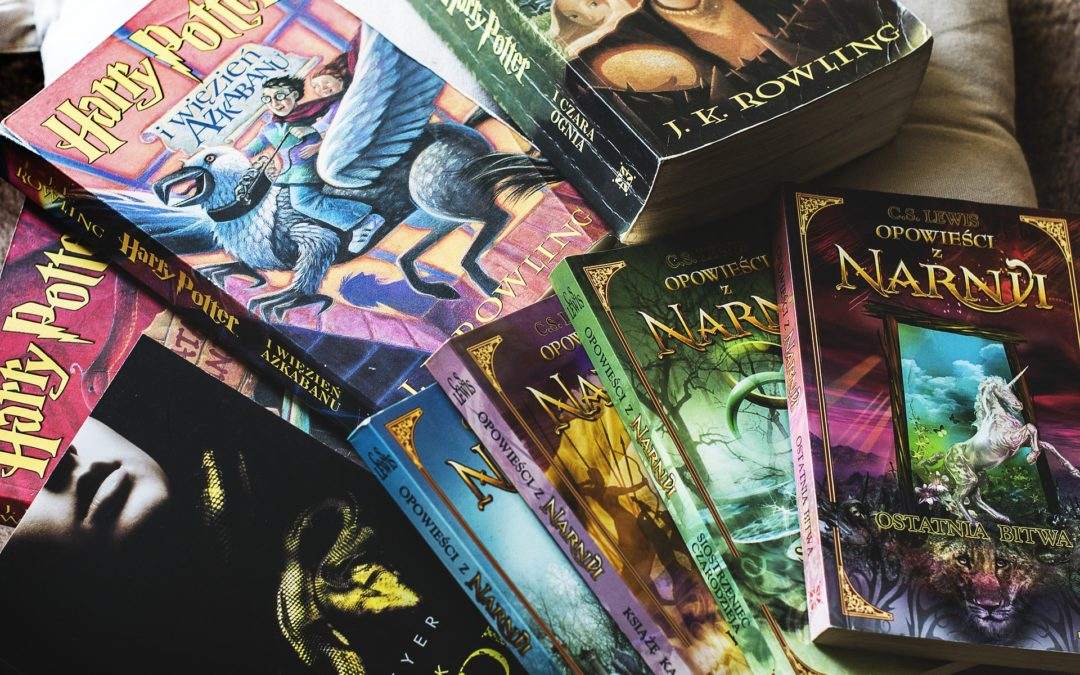 Some literary series enjoy more success than others… We assume you all know Harry Potter, Game of Thrones, The Lord of the Rings, or Narnia? In this blog post, we focus on two of these literary series to dig deeper into how much success they’ve had and how they’ve influenced us all.

The Worldwide Success of Literary Series

Some literary series have seen worldwide success. Even if you’ve never watched their film adaptations, you may have heard a lot about them! We all know Harry Potter, A Song of Ice and Fire aka Game of Thrones, The Lord of the Rings, and The Chronicles of Narnia. These are indeed four of the most renowned ones. But do you really know how they became so successful?

Their worldwide success is due, without a doubt, to their numerous translations! Without the translated versions, they would have probably become successful in their original language and country but not worldwide. Do you know how many translations there are for each famous book series?

As at February 2018, the book series has won multiple awards and sold more than 500 million copies worldwide. It’s the best-selling book series in history and it was translated into 80 languages! The first volume was even translated into Latin and Ancient Greek! It placed Rowling among the most translated authors.

These books are the basis of the popular film series adaptation. Rowling had overall approval of the scripts. She was also a producer on the final films. As of 2021, the Harry Potter film series is the 3rd highest-grossing film franchise of all time, with the eight films released grossing over $7.7 billion worldwide. Also, six of the eight films were nominated for a total of 12 Academy Awards.

The Game of Thrones Language: Dothraki

Likewise, Game of Thrones, The Lord of the Rings, and The Chronicles of Narnia have seen very similar success.

Interestingly, Game of Thrones is famous for its attention to detail, the gripping plot, and everyone’s fair-game attitude towards characters. Game of Thrones has gone to great length to build a world filled with fascinating characters who exist within the context of their cultures — and language is one of the most important aspects of that culture.

In George R. R. Martin’s A Song of Ice and Fire, and subsequent volumes, he frequently indicates that individuals speak multiple languages, although the dialogue is entirely written in English, with the exception of a few words for flair. So, HBO and the Language Creation Society, an organization dedicated to the creation of constructed languages, decided to organize a competition to see who would build the Dothraki language. Enter linguist and co-founder of the Language Creation Society, David J. Peterson. He put himself into the project and came up with a Dothraki language plan, which included functional grammar and a vocabulary of approximately 2,000 words.

In the fictional universe of the series, the Dothraki – a nomadic people – speak this constructed language. Peterson took an anthropological approach to the creation process. He took into account the history, geography, and culture of the people who spoke it. In Dothraki, for example, there are no words for “thank you” or “throne.” Peterson was hired as the show’s language consultant as a result of his meticulous approach.

As a result, the Dothraki language contains 3,163 words as of September 2011, but not all of them have been made public. Living Language released a conversational language course in 2014 to teach people how to speak like Khal Drogo in no time.

The Cultural Influence of Literary Series

To give you some examples, let’s look at Harry Potter again. The success of the books and films has allowed the Harry Potter franchise to expand with numerous derivative works. For example, a studio tour opened in 2012 in London where you can discover the world of Harry Potter. Most recently, themed attractions, collectively known as The Wizarding World of Harry Potter, have been built at several Universal Parks & Resorts amusement parks around the world. Also, characters in the Harry Potter series play Quidditch. This sport from the series was created in 2005 and is now played worldwide. Finally, to give one last example, characters and elements from the series have inspired scientific names for several organisms, including the dinosaur Dracorex hogwartsia or the spider Eriovixia gryffindori.

Of course, all of the other literary series mentioned above have also influenced our culture in one way or other.

At LingoStar, whatever your language or culture is, we’re here to help! We offer a large number of services in all the languages you may need, including translations and voice-overs. Don’t hesitate to contact us if you need any information about our services. Feel free to request a free quote on our website or email us at info@lingostar.com. We’ll be happy to help!

Also, our ebook series for website translations may interest you so feel free to check it out.

Finally, don’t forget to subscribe to our newsletter for more news and information from the language and translation industry!