Language and Reality – How language is used during times of crisis 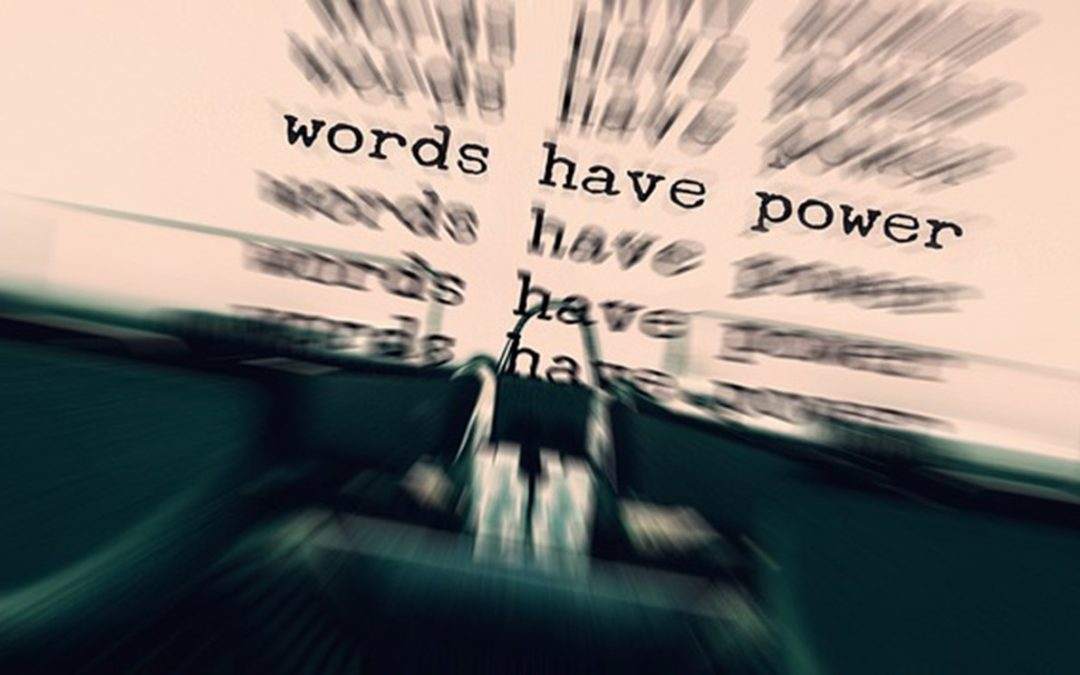 The connection between language and reality

When we think about the relationship between language and reality, the following question arises: does language shape reality or is it the other way round?

There’s a philosophy, called “direction of fit”, according to which both statements are true. This philosophy distinguishes two directions of fit. The first one is that language reflects reality. According to this direction, called the “word-to-world” direction of fit, the words match reality. For example, in the sentence “there is a pen on the table”, these words immediately match the world around us. In this case, language creates statements that can be true or false according to the reality they match.

The second direction, the one we are going to explore in this blog post, is when we use language to change reality. This is the “world-to-word” direction of fit because the world is shaped to match the words.

In other words, we can say that language is extremely powerful and individuals often use it to manipulate and control. In this blog post, we’ll see how this happened during periods of war and how it is happening today during the COVID-19 pandemic.

The language in political speeches during the war and times of crisis: World War I

When World War I broke out, politicians gave speeches to persuade citizens to fight for victory. These speeches were not just words. Rather, they were a smart way to brainwash citizens and lead them to think that fighting was the best choice.

An example is the speech of Woodrow Wilson, the then United States President. In 1917, the United States declared war on Germany. On 17th April, Wilson gave a speech starting as follows:

The entrance of our own beloved country into the grim and terrible war for democracy and human rights which has shaken the world creates so many problems of national life and action which call for immediate consideration and settlement that I hope you will permit me to address to you a few words of earnest counsel and appeal with regard to them.”

The beginning of this speech seems to be giving the people the possibility to choose with the use of words such as “you will permit me to address to you”. This is actually a strategy that politicians still use today to make us think that we can choose, when, indeed, they have already chosen for us.

Selected words for brainwashing – a new language and reality?

Another characteristic in this speech is the use of repeated words so they stick in people’s minds. For example, the word “service” appears 13 times, to persuade citizens to offer their service during the war. Also, the word “war” appears 6 times and the word “food” appears 10 times, usually accompanied by “abundant”, which appears 5 times. This is to highlight that the government was going to grant food while citizens were engaged in military service. There is less space instead for words such as “freedom” (just once), peace (just three times) and “democracy” (just twice) because they were not the priority at that time.

This is just one of the examples that show how people with power used language to distort reality. Even more common were the slogans, usually written on manifestos found everywhere. The most popular was: “Don’t Read American History – Make It!” Even in this case, we can see how catchy it was and how it could persuade people to be not just mere observers, but active participants in the war.

The language in political speeches during the war and times of crisis: World War II

During World War II, other politicians appeared on the scene with their “encouraging” speeches. We can recall Hitler, who invaded Poland on September 1st, 1939, which marked the beginning of World War II. On that occasion, he gave a speech in which the word “German” appeared 48 times! This speech reflects Hitler’s personality, reknown for his strong “Nazism”.

Another important speech, usually remembered as “We shall fight on the beaches”, is the one from the then British Prime Minister Winston Churchill. Churchill is famous still today for being a great orator. In the last lines of his speech, we read:

As we can see, Churchill gave his speech using the anaphora, a rhetoric figure of speech consisting in the repetition of a phrase at the beginning of each sentence (we shall / we shall fight). In this way, his speech sounded more like poetry so that people could learn it easily off by heart.

As in World War I, in World War II, there were lots of slogans and propagandas. Here, in this picture, we see one of the most famous posters where we can clearly see who the enemy is. This was created when allied airplanes shot Hitler from behind. “Marks the spot!” because it was as easy as a game for children.

During these periods, it became clear how powerful language could be. Everyone knows 1984, Orwell’s masterpiece where we can still read the effect of the language used for brainwashing. 1984 is the story of a future not so far away from reality, where the language, the “newspeak”, is made up of a few simple words. The motto is:

Three statements which are as contradictory as the Party that rules Oceania. Still, they are representative of the influence that words had on citizens.

How wars created a new language

As we have said before, if it is true that we use language to shape reality, it is also true that reality creates a new language. In fact, as troops invaded nations, slang too invaded language. An example is the case of Serbia. In 1914, the Austro-Hungarian Empire declared war on Serbia, but because at that time this nation was unfamiliar to England, English people spelled the word as “Servia”. This annoyed and offended the Serbian Legation due to the association with the verb “to serve”.

Another field was the medical one, where words such as “cooties”, “lousy” and “crummy” came from nicknames that soldiers gave to the lice that infested their uniform. Also, the expression “basket case” for someone who was barely alive comes from this period.

World War I revolutionized the military industry, and people invented words belonging to this sector. The word “blimp”, for example, comes from the military’s desire to make military jargon through abbreviations. So, the word “blimp” comes from the B in “British Class B airship” plus “limp”. The word “camouflage”, instead, is the result of the union between the Parisian slang “to disguise” and the French “camouflet” (puff of smoke).

The effect of COVID-19 on language today

Historically, major events such as natural disasters and war have proved to have a great impact on language. But what is the difference between the impact that wars had on language and the one that COVID-19 is having?

There are three main differences:

When COVID-19 started to spread, politicians saw the urgency to create effective slogans to keep people safe. So, from “stay home, stay safe” to “we can do this”, the government has been trying in many ways to persuade people to stay home first, and to get vaccinated now. Of course, the intentions were good, but too much news brought a lot of confusion. For this reason, it is extremely important to use effective and clear words for citizens.

During this period, words such as “isolation” and “quarantine” got a new meaning, but the more time passed, the more people started to get tired and to distort these new words. Hence for example, the “covidiot”, a person acting irresponsibly during the pandemic, or the “Covid-19Ibs”, to refer to the extra body weight gained during quarantine.

This happens in a lot of nations. For example, in Spanish, we have the word “balconnazi” (balcony + nazi) to refer to people who criticize those going out on their balcony during quarantine, or the creation of the verb “cuarantanear”, to be in quarantine. In Italy, for example, another case for using Covid lexicon to make jokes was when Prince Charles got the virus. As the word “corona” in Italian means “crown”, they used to say: “Charles finally got the corona, but not the one he wanted!”.

The importance of language translation during COVID-19

As we hear political speeches at least once a day, the message must be clear to avoid misunderstandings. Indeed, during the pandemic, there has been a lot of confusion in grasping the meaning of the measures the government adopted, because the message was not always clear. Especially if you travel and don’t speak the language of the country you are going to, you can have problems at the airport, where they can decide not to allow you to enter the country if the measures adopted there are not clear to you.

At LingoStar, we provide translation services in any language you may need. We can translate your vaccine certificates and/or campaigns and slogans into any foreign language or translate your speeches for different audiences. You can request a free translation quote or email us at info@lingostar.com. We’ll be happy to help.

Don’t forget to subscribe to our newsletter at the bottom of our website for more news and information about translation and language changes!