The Tamil Language And Culture 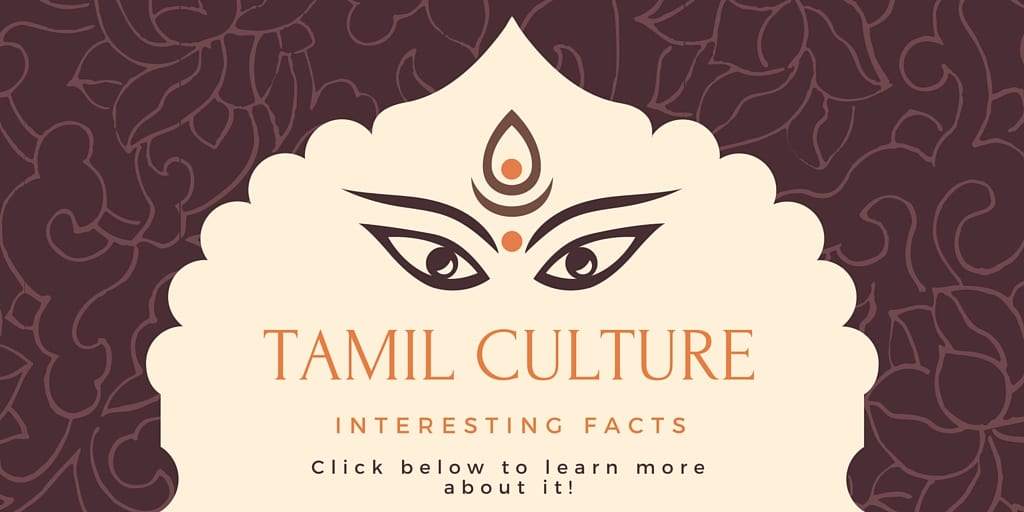 For those who haven’t heard of this language before, it is a language spoken primarily in India, and it is also the official language of many countries, such as Sri Lanka and Singapore. In 2004, the Tamil language was declared a classical language of India.

Tamil is seen as a “divine” language by its speakers.  Ancient writings say that the development of the Tamil language was in no way influenced by people. Since then, the writing system and spoken Tamil have changed significantly over time.

In ancient times, people used to serve drinks in silver tumblers, making their guests feel honored since they were being offered drinks in cups made of precious metal. In fact, the silver metal was germicidal and helped to prevent any bacterial infections that could be carried by other guests. Traditionally, Tamil food is served on banana leaves and eaten using the right hand only. The left hand was primarily used for personal hygiene, and to use it for eating or handing something to someone else, would have been considered an insult.

Tamils enjoy hot and spicy foods, and their ancestors advised to start meals with spicy food and end it with sweets. Rice is a main staple in the Tamil diet, and they were one of the first people to incorporate it into their meals. It is quite probable that our word “rice” has its origins in the Tamil word “Arisi”. Due to mainly to religious reasons, many Tamils are vegetarians and enjoy different types of fruit,   the most consumed being mangos, jackfruits and bananas (called mukkani).

If you get the chance, you should definitely try some dishes such as

The two most important festivals celebrated, regardless of religion, are Pongal and Varusha Pirappu. Pongal is a harvest festival, celebrated to thank the Hindu sun god for agricultural abundance. It lasts four days, during which time there is feasting, gift- giving, and visiting homes. Part of the celebrations includes boiling the first rice of the season and consecrating it to the sun.

Varuda Pirappu is the Tamil New Year, celebrated mid-April (according to the Gregorian calendar). Early in the morning, the women decorate the entrance to their homes with bright decorations and lamps in order to dispel darkness. Many people visit the temple to receive blessings for the coming year. New clothes are worn and the best foods enjoyed. A customary meal is Maanga Pachadi, a sweet, sour, and bitter dish that symbolises different aspects of life.

Every year, from December to January, the Mamallapuram Dance Festival is held in Tamil Nadu, one of the 29 states of India. This festival is one month long and showcases classical and folk-dances from all over India.

It is estimated that around 200,000 people of Tamil ethnic background are living in Canada today. Many Tamil parents, who have immigrated here, try to speak English to their children, since they are concerned that their children will end up mixing the two languages. However, as Ontario’s Best Start Resource Center found out, children learn languages best from people who speak those languages well. Researchers have also found that children can learn more than one language easily if the languages are taught simultaneously. So dear parents, don’t be afraid to speak Tamil with your little ones!

You need a translation to be done in Tamil? We can help you with that! Here at LingoStar, we have professional translators who are native speakers, who can translate your documents!

We also have a range of other services to offer such as revising, updating and localizing your content into more than 100 languages. And if you ever wish to improve your language skills to have better job opportunities, we also provide language tutoring services!

Don’t hesitate to give us a call at 604-553-4520 or email us at info@lingo-star.com to discuss your next language-related project. To get a free quote, click here. We look forward to hearing from you!