Spanish False Friends: What are false friends and what do they mean? 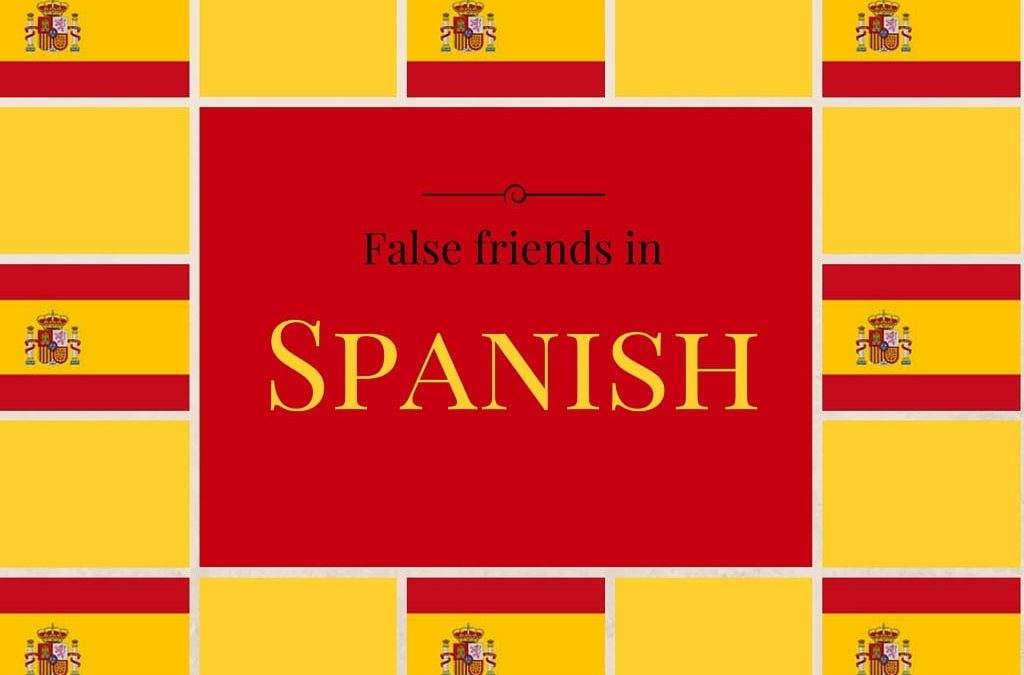 The most common Spanish false friends

Dear readers, have you ever heard of the so called “false friends”? They are words that have the same or similar spelling as words in a different language, but mean something completely different. In this blog post, we will introduce you to some false friends in Spanish. You will never put your foot in your mouth again!

If your Spanish classmate wishes you a lot of “exits” for your upcoming exam, don’t get irritated. The Spanish word “exito” means “success” and is often mistaken with the English word exit.

Spanish people might wish you all the best for your pregnancy as: “Congrats on your embarrassment!” Uhm, okay? You should not be embarrassed because you are pregnant. The Spanish words “embarazo” (pregnancy) and “embarazada” (pregnant) sound like embarrassment. People sometimes mistake those words so don’t worry if the congratulations on your pregnancy might sound weird.

A Spanish guy tells his doctor that he is really constipated and he can’t breathe! Well dear doctor… “constipado” is a common cold in Spanish and doesn’t mean constipation.

Yes, this one is tricky. Your Spanish friend might tell you that her boss or colleague molested her. No, don’t call the police! “Molestar” means “to bother someone”. Your friend is actually just annoyed with her colleagues.

“Hey, I saw your brother at the train station yesterday!”
“Oh, really? What a casualty!”
What? Don’t worry, no one died at the train station. Your Spanish friend might say that this was a coincidence which is “casualidad” in Spanish. Some Spanish people might mistake it with casualty. Uh, that is embarazo!

We are not talking about bombs, dear readers. “Bomberos” are called when a fire breaks out. Yes, exactly, it means “firefighter” in English! If there is a fire in your neighbourhood and your Spanish neighbours scream “Bombero, bombero!” don’t panic. There are no bombs. They just want you to call the firefighters.

Are you wondering why the word “bombero” appears in one of your business letters from your Spanish partners? Don’t worry, we will provide you with a high quality translation from Spanish to English! Here at LingoStar, we have professional translators who are native speakers of Spanish. We also have a range of other services to offer such as revising, updating and localizing your content into more than 100 languages. And if you ever wish to improve your language skills to have better job opportunities, we also provide language tutoring services! Don’t hesitate to give us a call at 604-629-8420 or email us at info@lingo-star.com to discuss your next language-related project. To get a free quote, click here. We look forward to hearing from you!