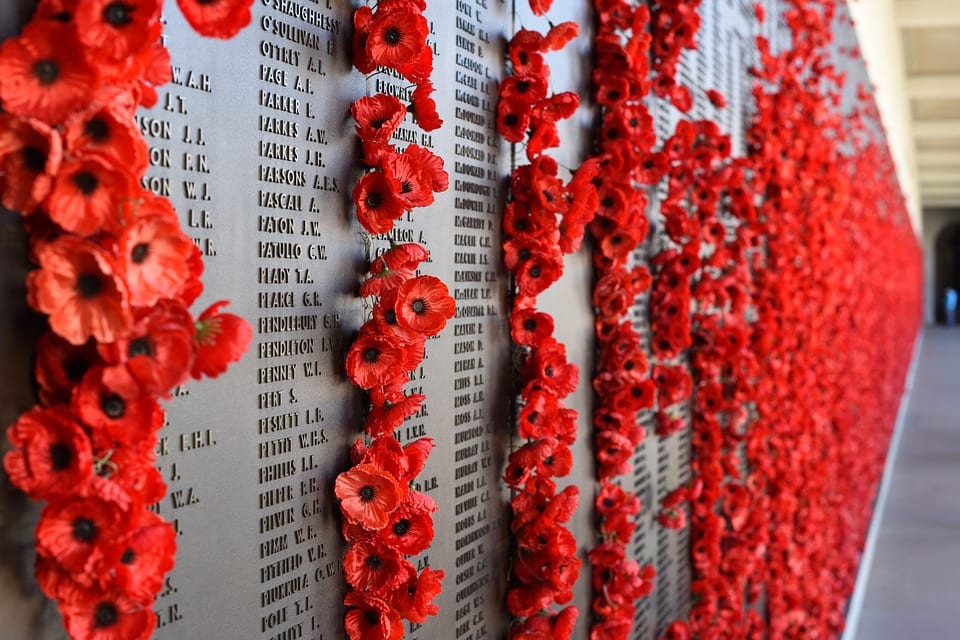 Why do we celebrate Remembrance Day on the 11th of November?

Originally called “Armistice Day”, Remembrance Day was introduced after the First World War in order to commemorate the Armistice agreement signed on Monday, November 11, 1918, at 11 am. It was the treaty that put an end to the war. Later, it became a holiday of remembrance for all the soldiers of the Canadian Army in times of war.

Why is the Remembrance Poppy so famous?

During the entire week of Remembrance Day, the people in Canada pin red poppies on their jackets, inspired by the World War I poem “In Flanders Fields“. It was written by the Canadian Lieutenant Colonel John McCrae, who served in the Army and witnessed his friend’s death. Poppies were the first flowers that grew on soldiers’ graves in Flanders (Belgium). It then became a symbol of remembering the victims.

What happens on Remembrance Day?

The official Canadian national ceremonies happen every year at the National War Memorial in Ottawa according to a strict protocol. At the same time, throughout the whole country celebration services and parades take place. A minute of silence is often held at 11 am. This is in order to pause for a moment and remember all the sacrifices Canadians made in armed conflicts.

Not only Canada but also many members of the Commonwealth celebrate this day in order to remember the members of their armed forces who have died on duty. With ongoing wars all over the world and millions of victims falling every week in military conflicts it is crucial to remember them. LingoStar feels also concerned about that subject and wants to help. For more information about our services, visit dev.lingo-star.com, send us an email at info@lingo-star.com or give us a call at 604-629-8420. We are here to help!