We helped Electronic Arts Canada kick off their 2012 FIFA video game around the world. 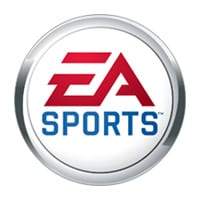 Electronic Arts Canada is a world-renown interactive entertainment software manufacturer whose sports-themed video games have reached international status, earning the company 4.1 billion in 2012. Since 1982, EA has been on the cutting edge of technology, re-inventing the way video games were made and achieving a realism never seen before. Perhaps best known for their FIFA Soccer games, we were thrilled to help them localize the content of their 2012 FIFA and FIFA Street games to football-crazy audiences in France, Spain, the Netherlands, Germany, Japan, the UAE, and Ukraine. We not only completed the translations of the scripts, but we also provided voice artists in each particular dialect to record the content in their studio in Burnaby, BC, making sure that each language was localized in its references and idioms and voiced in an authentic accent.