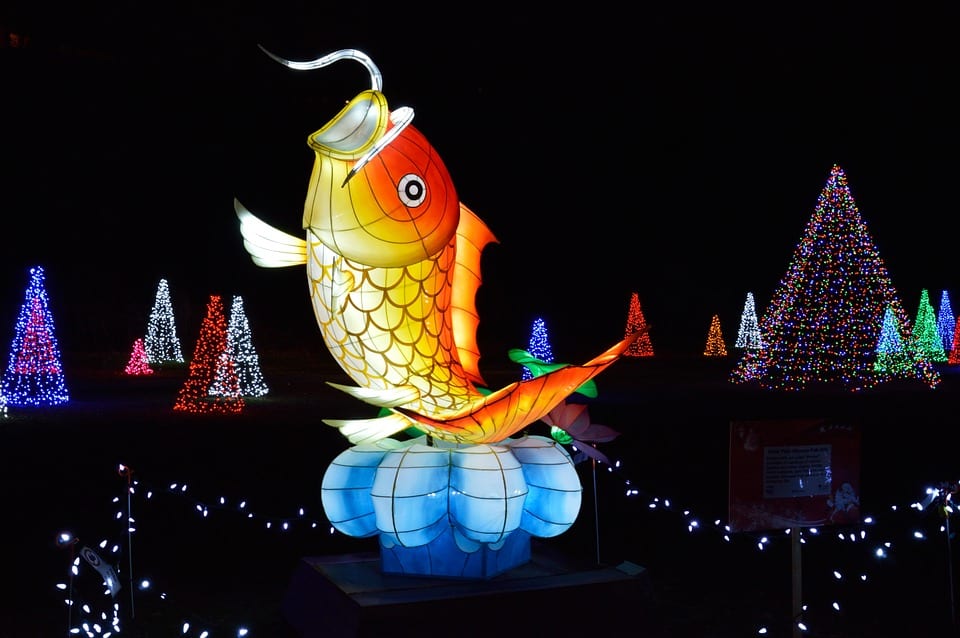 Chinese New Year has come! It’s not only China that celebrates this new beginning, also other countries such as Thailand, Cambodia, Indonesia, and Malaysia. Chinese New Year, also known as Spring Festival or Lunar New Year, is a big event for all who celebrate it all over the world. This festive period is full of symbolism; read on to find out more!

Not only the Year of the Pig

Chinese symbolism is everywhere from Chinese New Year’s Eve to the famous Lantern Festival. For instance, one of the most well-known symbols is marked by the Chinese lunar calendar: the Chinese zodiac. 2019 is the Year of the Pig. However, many other images also come into play during a special evening: New Year’s Eve.

What happens on Chinese New Year’s Eve? Basically, communities celebrating will eat all day long with people they love. This very important get-together meal is not just about food. It is also full of auspicious symbolism. Let’s immerse ourselves into Chinese culture!

Myths and customs dictate that Chinese New Year’s Eve includes a perfect and complete dinner, symbolizing a good start for the new year. To do so, food that is considered lucky is served to bring good luck for the coming year. The way dishes are prepared, served, eaten, and how they are called is what matters most when it comes to meanings.

Indeed, the appearance of the dishes is an important aspect, but puns are not uncommon too. Take the fish, for example. In order to do it the right way, Chinese people have to serve fish with the head pointing to the guest or elders as a sign of respect. There should also be some left over at the end of the meal as that announces a year of abundance and an increase in prosperity. When it comes to the meaning of the word, “fish” (鱼/Yú in Chinese) more or less means “surplus”, so language and appearance are intrinsically linked together. In the same token, Chinese dumplings and spring rolls represent wealth, sweet rice balls represent family togetherness, longevity noodles represent happiness and longevity, and so on and so forth.

Let’s not forget Nian gao (年糕). A homonym for “higher year”, this sweet rice cake eaten as a dessert is a welcome sight during Chinese New Year’s Eve. It’s a symbol for success, progress, and growth, therefore considered good luck to eat. You will find it in any Chinese or Asian shop around that time.

At the end of dinner of Chinese New Year’s Eve, after everybody has filled up and is still chewing the Sachima pastry (a well-known Chinese pastry), the family sits around a circular table (usually) and begins to distribute the special red gift: a red envelope with lucky money.

This is again a very symbolic moment for those sending and receiving the envelope. Red is a widely-loved color for the Chinese people, it connotes energy, happiness, and good luck, so the envelopes represent good wishes for a safe and peaceful year. The ones receiving it (with both hands) have to say something nice to the giver such as a blessing, auspice, compliment, or greeting. The receiver then opens the envelope in private.

The red envelope might contain various amounts of money, depending on who gives to whom. Receivers are usually kids, but it can also be employees, friends, etc. Chinese people usually avoid the number four, as it illustrates death. However, denominations including the number eight or nine should enhance luck or longevity.

A plunge into Chinese culture

Are you interested in understanding the Chinese culture more profoundly? LingoStar works with experienced and professional translators who are aware of all cultural events and celebrations. Simplified and Traditional Chinese, Indonesian, and Tagalog-Filipino will no longer be secret to you. Make sure you get a free quote at dev.lingo-star.com. Feel free to call us at 604-629-8420 or email us at info@lingo-star.com for more information. We are here to help!