Chinese And English Advertisement In Richmond 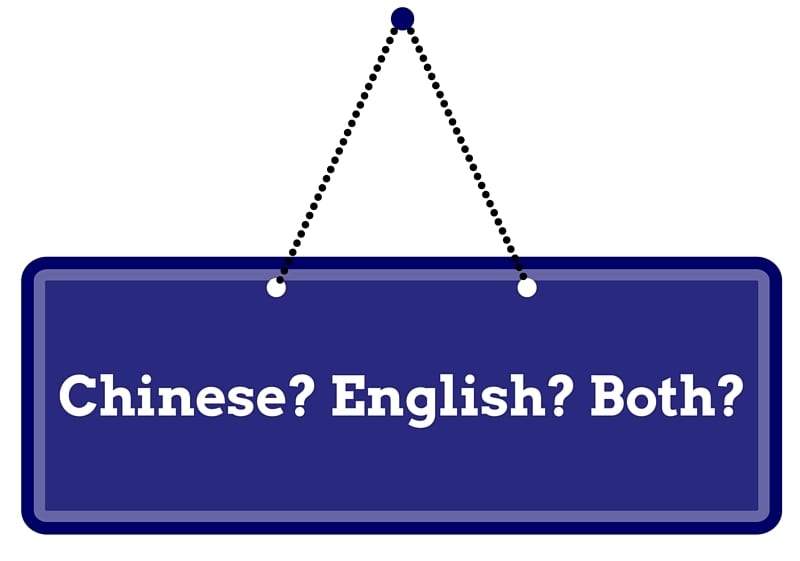 Richmond, located south of Vancouver, has grown into a modern and multicultural city. Its population of 213,000 people makes it the fourth largest city in B.C; and with an immigrant population of 60 percent, it has the highest in Canada. Over the years, Richmond has become a dynamic and multi-ethnic community, and 50 percent of its residents are Chinese. After World War II, large numbers of Asian immigrants from China and Hong Kong settled there and today many Chinese and English speakers call Richmond home.

Advertisement signs in both languages

This debate has led to misunderstandings, since some residents think that Chinese people do not respect the English language community. However, this doesn’t hold water in the above case, since Budweiser is an American company, not a Chinese one. Furthermore, the problem is not as extensive as it seems since, in fact, less than five percent of advertising signs in Richmond are in Chinese only. Most of these businesses do not even realize that they are deterring business from English speakers.

Advertisement in Chinese and English can be beneficial for companies

Since so many Chinese people live in Richmond, it could be beneficial to advertise in Chinese and English. By advertising in both languages, businesses would be able to reach more customers. People feel more comfortable when they understand the products and services offered. With a two languages advertisement, like Chinese and English in this case, people may be more likely to buy products because they feel understood by the companies. This especially holds true for more recent Chinese immigrants who may not have yet had the time to develop their language skills.

Signs should be in English since it is one of Canada’s official languages, and not everyone in Richmond knows Chinese. However, since the Chinese population is very high, signs should be in Chinese as well. The city council has made a good recommendation of signs being 50 / 50 Chinese and English, ensuring that both cultures can understand the signage.  We should consider that the world is developing more and more, and people should stay open-minded. We are becoming a world with mixed cultures and mixed languages, and multilingual advertising might be a step to a better-connected world.

Need a translation in these languages? No problem!

Do you need a translation in Simplified Chinese or Traditional Chinese? We can help you! Here at Lingostar, we have professional translators who are native speakers of Chinese. We also have a range of other services to offer such as revising, updating and localizing your content into more than 100 languages. And if you ever wish to improve your language skills for better job opportunities, we also provide language tutoring services! Don’t hesitate to give us a call at 604-629-8420 or email us at info@lingo-star.com to discuss your next language-related project. To get a free quote, click here. We look forward to hearing from you!