﻿Chilean Christmas and New Year’s at the Southern Hemisphere 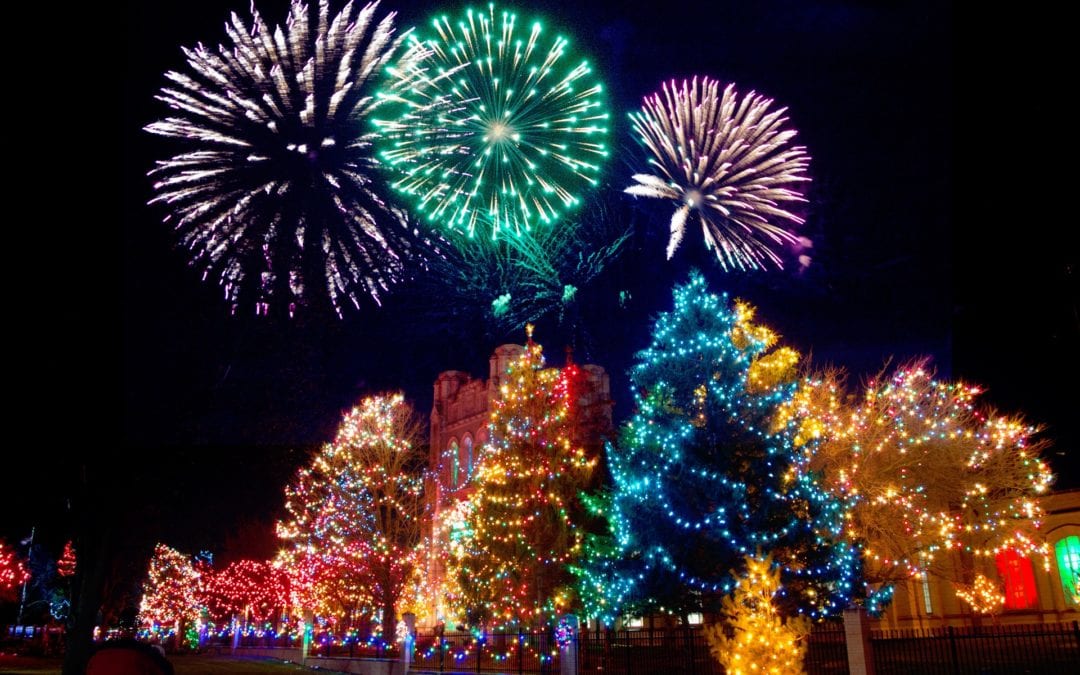 After all the Christmas celebrations, we are looking forward to the next event: The New Year! The New Year approaches in every part of the world, for some sooner, and for some later, like in China or India. But isn’t it interesting how both similar and different traditions and the conditions they are celebrated in around the world can be? With that in mind, let’s have a look at Chilean Christmas and New Year’s celebrations.

For children, the school holidays have just begun. The hot sun burns your skin during Chilean Christmas while you walk along the beach sipping a refreshing beverage and contemplating the Christmas decorations in the gardens and on the streets. There are people dressed up as Santa Claus in his typical red suit and white beard. It is too hot to hang chocolates on the Christmas trees since they would melt. Also the Christmas trees look like firs but are made of plastic due to the different flora.

Chile is a mainly Catholic country and many religious traditions apply here as well as in other Christian countries. They have nativity scenes, for example, and go to a church service after dinner that is called Misa del Gallo. What’s more, Chilean Christmas dinner is quite late around 9 pm to 10 pm, often having an asado, a barbecue outside. There are also dinner types more familiar to minds of Northern Hemispherers, however, like turkey (or any other type of meat) and papas duquesas, Dutchess potatoes.

After the late dinner and the church service, Chilean people open their presents at midnight of December 24th. In spite of the late hour, children sometimes go out and play with their toys. Some people stay awake all night. The next day, everyone takes it very easy and has a calm day after having stayed up so late.

Chilean people use the term pascua for both Christmas and Easter. So don’t get confused if someone wishes you Buenas Pascuas or Feliz Pascuas para todos. The bread traditionally eaten during the Christmas season is called Pan de Pascuas and is similar to Panettone. Even Santa is called Viejito Pascuero, translated to ‘Old Man Christmas’, in addition to Papa Noel.

New Year’s Eve is a big party in Chile. There is often a big dinner before you leave for the celebration on the streets. Just for New Year’s, it is allowed to drink alcohol in public places. Typical drinks are pisco, wine, beer and champagne and cola de mono. Cola de mono means monkey’s tail, and is commonly drunken during Christmas as well and made of aguardiente or pisco, coffee, milk, and cinnamon or cloves. There are also non-alcoholic versions for children.

There are, of course, public fireworks in each city. But the most famous ones take place in Valparaiso and Viña del Mar. Some people stay at home and watch those fireworks on television.

Traditions To Attract Luck and Wishes in The Next Year

Everyone dresses up nicely, has a good time and opens oneself to all the positive things for the coming year! Additionally, there are a lot of rituals to attract specific things in the next year. For general luck, you can eat a spoonful of lentils at midnight. For everyone who does not like lentils or wants a bigger challenge, you can, as they do it in Spain, eat twelve grapes, one for every stroke of the bell at midnight. Each grape symbolizes one month and you can make a wish for every grape you eat. Another curious ritual is to wear yellow underwear as yellow symbolizes vitality and energy.

If you want to attract more money in the coming year, you can put money in your right shoe or hold it in your hand on midnight. If you would like to have a more adventurous year or more travels, take an empty suitcase and walk around your block. For general positive energy, open your doors and let fresh air stream into your house to signify A New Year, and a New Start.

We at LingoStar hope you had a Merry Christmas and wish you a Happy New Year! If you have any language related projects in the new year, we would love to provide a range of language services  going from translation, voice-overs, interpreting services, and more! Should you be in the need of website translation or website localization, we also provide these services. For more information, contact us by calling 604-629-8420 or emailing info@lingo-star.com to discuss your next language-related project. You can also submit a free quote via our website dev.lingo-star.com. We are here to help!