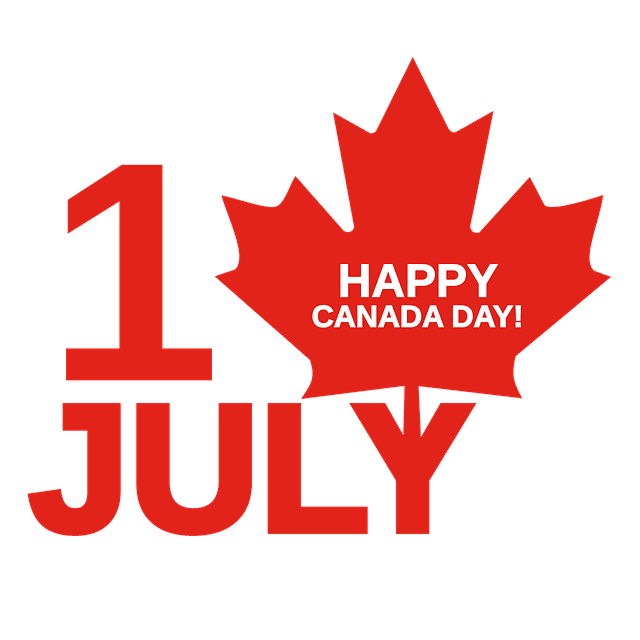 Happy birthday Canada! Did you know that Canada is 150 years old this year? Want to celebrate this huge event? Let’s learn about this nation and how to celebrate Canada Day!

To start, a little bit of history. If you are a proud Canadian you can skip this part as you probably already know your fabulous country’s story, but for those of you who are curious, here are some interesting facts that will help you understand why Canada Day is so important!

If you think that 150 years is very young for a country then you are right! Of course, in reality, the country is much older. For thousands of years prior to European colonization, indigenous peoples inhabited what is now known as Canada. Beginning in the 16th century, British and French claims were made on the area, with the colony of Canada first being established by the French in 1535 during Jacques Cartier’s second voyage to New France. Due to various conflicts, Great Britain gained and lost territories within British North America until the late 18th century when it was left with what comprises Canada’s today geographically. On July 1, 1867 occurred the unification of Canada giving birth to the Canada we all know today.

Since this date, Canada Day is the national day of celebration. A federal statutory holiday, Canadians celebrate the anniversary of the July 1, 1867 enactment of the Constitution which united three separate colonies, Nova Scotia, and New Brunswick into a single Dominion within the British Empire called Canada. Originally called Dominion Day, the holiday was renamed in 1982, the year the Canada Act was passed. The celebrations take place throughout the country, as well as in various locations around the world, attended by Canadians living abroad.

For all of these reasons, Canada Day is an awesome event to celebrate! And even more this year as it is the country’s 150th birthday! It is a monumental historical, cultural and national event.

What to do on Canada Day?

Now that you have improved your knowledge of Canada, it is time to party!

If you are in Canada, you have certainly noticed “Canada 150” everywhere. Every shop, school, restaurant, and neighbour is talking about it. Everyone in Canada has been preparing for many months and they are really excited to party hard and make this a historic day!

Canadians typically celebrate Canada Day with fireworks, parades, barbecues, concerts, carnivals, fairs, picnics, etc., but here are some other ways around the country to share this day with everybody and be a part of the Canadian community:

There are so many events that it is impossible to list all of them! But as a special treat, we will give you this bonus to celebrate Canada Day to perfection! Here is a link to sing the National Anthem of Canada and be a perfect Canadian!

At LingoStar we will celebrate Canada Day this weekend but we will come back on Tuesday. Make sure to get a free quote for translation services at dev.lingo-star.com. Feel free to call us at 604-629-8420 or email us at info@lingo-star.com for more information.