Breakfast around the World – French, Italian, and Spanish Breakfasts 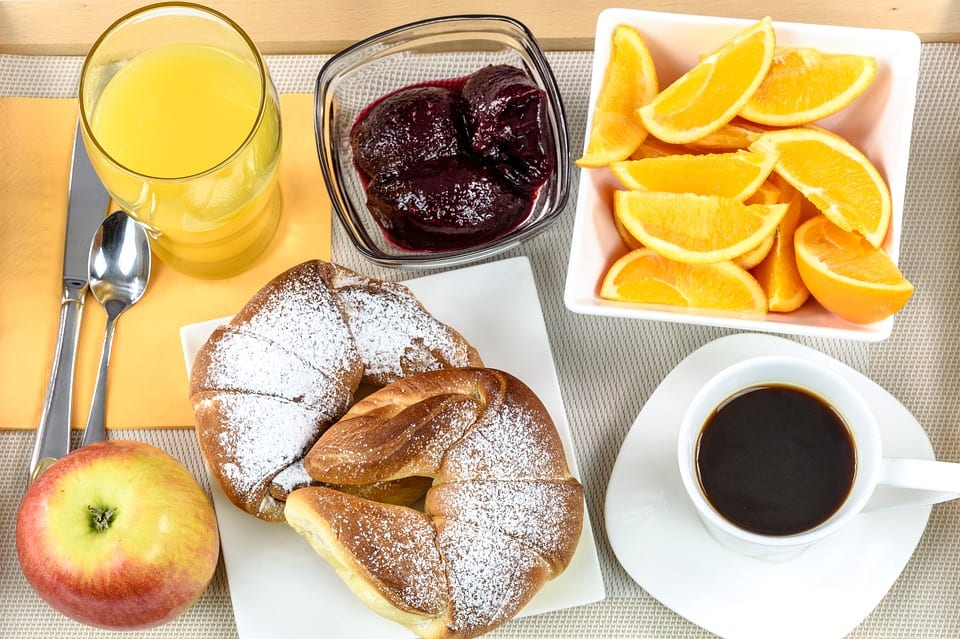 Breakfast is the most important meal around the world

Around the world, breakfast is the most important meal of the day. It should cover at least 20% of your daily food intake. As a matter of fact, this is essential in order to give you sufficient energy to start the day.

But breakfast is not just about food and calories. In every part of the world, it is an occasion to spend time with your beloved ones and it is also a matter of culture and tradition.

The bad habit of skipping breakfast

Skipping breakfast is like trying to start your car without gas: it will never get going. The same happens for the human body when you skip meals and your system misses essential nutrients.

In fact, skipping breakfast creates a sort of vicious circle. First of all, it causes an uncontrollable hunger mid-morning. This leads to an excessive intake of calories for what should be just a simple snack. Secondly, this huge snack can cause a lack of appetite at lunch time. Not being hungry will make you eat a small portion, low in calories and nutrients. Thirdly, all these unbalanced meals lead you to overeating for dinner and negatively impact your sleep. Consequently, this chain reaction generates a very unhealthy lifestyle.

So, what should a person eat for breakfast?

Meals, even breakfast, are strictly dependent on personal taste and culture, which explains why they are so different around the world. It is common to consider coffee, milk or tea and eggs, pastries and fruit as food suitable for breakfast.

However, not every country uses them in their traditional or typical morning meal. In fact, some countries are not really into savoury breakfasts at all and prefer sweet ones.

Furthermore, there are some well-known breakfasts that have become a culinary symbol for entire nations. For instance, the famous English Breakfast that consists of bacon, sausages, eggs, fried bread, and sliced tomato, served with a hot beverage (coffee or tea). It can also include black pudding, baked beans or other grilled vegetables like mushrooms. Another example is American families who eat a tower of pancakes covered in syrup. This is truly a stereotype of the American culture.

Even by expanding our culinary horizons, some of us would still find eating fish or soup in the morning weird. Others may think that a cup of coffee and a bun wouldn’t be enough and consider it just a light snack. Others might assume that a bowl of milk and cereal is not healthy. Finally, others would think that rice, eggs, bread, meat, sausages, and vegetables would be better as a Sunday lunch.

So, what does the rest of the world eat for breakfast? And which are the most typical dishes to start the morning around the globe?

The US and Canadian Breakfast

As already mentioned, the family around the breakfast table devouring warm pancakes, crunchy bacon, and scrambled eggs, is a common image of the typical American family.

But also common is for people who start work very early in the morning to have breakfast on the road. Stopping by a gas station to order an Americano and a cheese bagel and gorge on them in the car is another stereotype.

Breakfast in Canada is similar to American breakfast, you just need to switch the corn syrup with maple syrup or ask for a pain doré instead of French toast if you are in Quebec!

Brioches, croissants, and other goodies made with puff pastry such as pain au chocolat are very traditional but mostly eaten on the weekend. The most common weekday breakfast in France includes coffee and slices of baguette bread spread with butter, jam, or chocolate paste. Just soaking the fresh baked bread in your bowl of hot drink is a kind of paradisiacal experience for any French mouth!

But what happens if you run out of bread? As Queen Marie-Antoinette once said, “s’ils n’ont plus de pain, qu’ils mangent de la brioche!” (If they don’t have any bread left, let them eat brioche!). At least your brioche won’t have been carried under someone’s arm!

Chinese breakfast can vary based on the provinces but basically a beverage such as tea or soybean milk accompanies food like youtiao (doughnuts), mantou (buns), porridge and fried or soup-based noodles. These last two can have different flavours and spices.

British dominion for over 200 years has highly influenced cuisine in Hong Kong, where both English and Cantonese breakfasts are easy to find. A typical dish of this fusion is macaroni soup with ham or Spam. Typically, Cha Chaan Teng diners serve this pairing of mac & cheese and Cantonese soup. As an ancient Chinese proverb says, it is better to be deprived of food for three days, than tea for one. And in this case, there aren’t any doubts about it. If you want to know more about what the Chinese eat for breakfast, read this article.

In Germany, breakfast consists of a warm beverage such as coffee, tea, or hot chocolate and bread with butter, jam, or honey on top.

A typical type of bread is Brötchen, namely bread rolls containing egg whites, sugar, butter, and flour. But confitures are not the only spreads Germans like spreading on bread. Brötchen mit Mett is actually bread with ground pork spreading on it. And, if eating raw meat in the morning is not enough, they garnish it with onions.

Not to mention that if you are in Bavaria, Weisswurst (white sausage) with mustard, pretzels, and beer (rigorously alcoholic!) is the actual traditional breakfast. Germans’ love for sausages has no end. In fact, they say: “Alles hat ein Ende, nur die Wurst hat zwei” or “Everything has an end; only a sausage has two”.

Take a look at our recent blog post about German compound words for German month here at LingoStar!

“Parla come mangi” they say in Italy, literally, “speak as you eat”, metaphorically “speak in a plain language”. Although Italian cuisine is one of the best in the entire world, breakfast is quite simple. Milk, coffee, or tea accompany croissants or biscuits or fette biscottate (rusks).

But to enjoy the truly Italian food culture, having breakfast standing up at the counter of a bar and drinking cappuccino or espresso with a croissant is a must. Italians also keep it simple when choosing coffee: no Latte, no Americano, no Frappuccino, no Hazelnut Caramel Chocolate Latte with Whip Cream and Sprinkles on top, please! There is no other way to upset an Italian than messing with their coffee, mamma mia!

Check out fun facts about italian cuisine in our previous blog post!

Unlike the US and Canada that have quite a homogeneous breakfast for the most part, Latin America presents a wide variety of food. Its colourful, spicy, and tasty dishes differ from one country to another. In the morning, you enjoy desayuno in the Spanish-speaking countries, or a café da manhã in Brazil and other Portuguese-speaking countries.

Around Central and South America, sandwiches or pastries accompany either hot or cold beverages. There is a vast selection of goodies depending on which region you are in.

For example, the Argentinian medialunas or the Uruguayan bizcochos (both similar to croissants) are usually served with coffee and orange juice. In Chile, hallullas are the typical bread eaten for breakfast while in Colombia arepas are mainly used to prepare sandwiches. If you are travelling in Bolivia, you can enjoy fresh-made salteñas, baked pastries filled with meat or vegetables, as breakfast-on-the-go.

In Brazil, breakfast tends to be light and simple because the most important meal is actually lunch. Typical breakfast food is exotic fruits, cheese, cereal, cakes (like bolo de laranjá) and the famous pão de queijo (cheese bread ball).

The cuisine in Spain is one of the most popular around the world, from paella to tapas.

A typical breakfast combo is churros con chocolate. Churro is a fried savoury dough that is dipped in hot chocolate, also known as tejeringo in Southern Spain. Some enjoy churros for breakfast, others as a snack, while some dip their churros in hot chocolate or opt for other dips like white chocolate, honey, Nutella, syrup, or jam.  The Spanish say, “Se venden como churros”, meaning “it sells like hot cakes” when something is so easy to love like churros.

In Spain, like everywhere around the world, it is also typical to have a savoury breakfast. Tostada con tomates is toast with chopped tomatoes on top, seasoned with olive oil and garlic. But please, don’t call a tostada a sandwich and don’t you dare say paella is just rice. Spanish people can get angry as bulls and you are not a torero!

Do you feel like cooking a traditional foreign dish but can’t read that Chinese recipe to make spring rolls? Here at LingoStar we can provide you with a high quality translation. We have professional translators who are native speakers of every language you need. We also offer a wide range of other services such as revising, updating and localizing your content into more than 100 languages.

And if you ever want to improve your language skills to have better job opportunities, we also provide language tutoring services!

Don’t hesitate to give us a call at 604-629-8420 or email us at info@lingo-star.com to discuss your next language-related project. You can also request a free quote on our website. We look forward to hearing from you!

Subscribe to our Newsletter to get the latest language news!