20 Must-Sees In and Around Vancouver BC 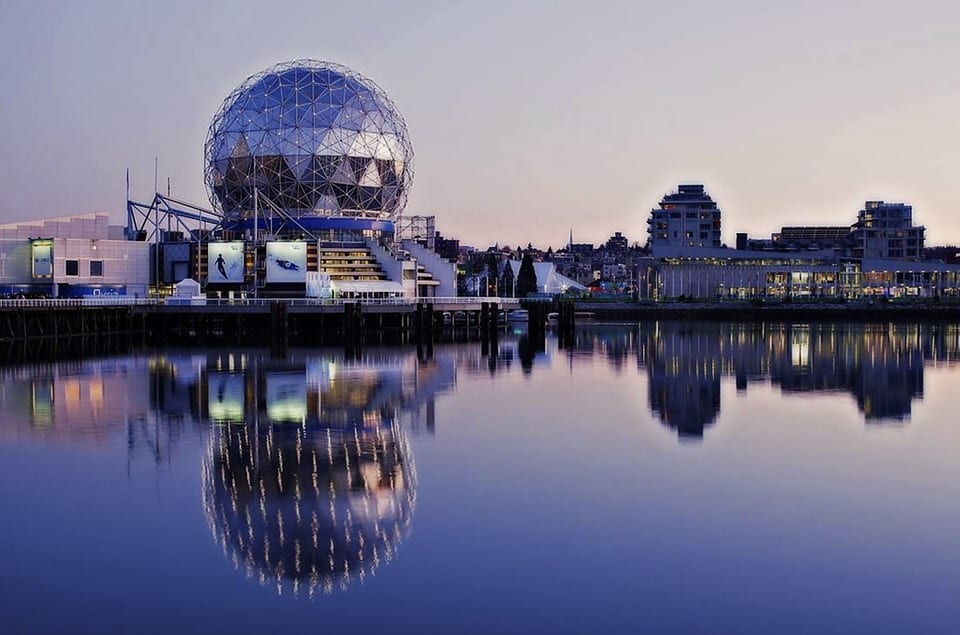 We all know Vancouver is one of the most beautiful cities in the world but according to The Economist, it is also one of the most livable. There are so many things to see and do! To break it down, we made a list of 20 must-see attractions and what time of year to see them.

This park is the third biggest urban park in North America and is no. 1 on TripAdvisor’s top 25 parks of the world. The moderate west coast climate of Vancouver keeps the forest beautifully lush and green all year long. Take a horse buggy ride or walk the sea wall. Hike or bike through the park’s endless trails. And in the summer, lay back and relax on one of the park’s gorgeous natural beaches.

The no. 1 sport in Canada is ice hockey and logically Vancouver has a hockey team of its own. The games are played in Rogers Arena in downtown Vancouver. The regular hockey season starts in October and ends in April when the playoffs start. The playoffs are always exciting in any Canadian city but especially in Vancouver where the Canucks have come close to winning a few Stanley Cups!

Grouse Mountain offers a series of activities throughout the year. During the winter the top of the mountain is open for skiing and other snow-related activities. In the summer the mountain is famous for its hiking trail, the Grouse Grind, which is 2.9 km long and climbs 853 metres with an astonishing 2830 stairs. The trail is open from May till October but beware, it is not for beginners!

As the name suggests, this is the place to go if you are interested in art. There are exhibitions of local and world-class artists throughout the year and on Tuesdays from 5-9pm you can get in by donation. There is one day in particular that is special outside of the art gallery. The 20th of April (4-20) is the day marijuana smokers gather around the art gallery steps to celebrate the international day of cannabis culture.

If you have been to Canada Place and Coal Harbour you have probably seen them lift off and land again. The docks for the seaplanes are close to Canada Place. Although they fly year-round, the most beautiful time to go is in the summer. Vancouver is pretty as it is but when the sun is shining it is astonishing.

With over 20 craft breweries close to downtown Vancouver, this city is a real beer city. Craft breweries are small companies who produce special beers on a low scale. With so many around Vancouver it is easy to plan out a tour throughout the city. Beer tastes best cold and in the summer so that is the time to go on a brewery crawl.

Whistler is a world class skiing destination that is located roughly 125 km north of Vancouver. In the winter there are plenty of activities like skiing, snowboarding and snowmobiling. The summer is vastly different with beautiful lakes and scenic views of the mountains. In the summer Whistler is great for mountain biking, hiking and camping.

Even though it is the capital of British Columbia, Victoria is not as famous and globally recognized as Vancouver. With just 80,000 residents, it is also more than five times smaller. Victoria is known as ‘the garden city’ due to its gorgeous flora, therefore it is recommended to visit the city in the spring and summer.

Whale watching season is from March till the end of October. Killer whales (orcas) are especially common in waters off the coast of BC during that time because of an abundance of food in the way of migrating fish. This is a one-of-a-kind experience you won’t find in other parts of the world.

Since the arrival of the Europeans who founded Vancouver and surrounding cities, mining has been a big part of BC history. Located north of Vancouver, the Brittania Mine Museum, once a fully functional copper mine, offers tours and exhibitions. Open throughout the year, it is a fun trip in any season.

In the woods just a little north of Vancouver are a series of bridges and treetop adventure walks. As an outdoor activity it is recommended to do in nice weather. The main attraction is the famous Capilano Suspension Bridge. The bridge is 137 metres across and a stunning 70 metres above the Capilano River.

This island (which is technically not really an island) is next to downtown Vancouver and there are tons of things to do. In the Public Market there are plenty of craft bakeries, butchers and fishmongers with high quality products. For the kids there is the indoor Adventure Zone. There are a range of performances in genres like comedy and drama. This island is accessible the whole year around.

As the primary boarding area for large cruise ship lines, Canada Place has even more to offer. Walk around and take in the breathtaking views of Vancouver Harbour. It is also a great place to watch the gigantic ships docking. Summer is the best time to visit because it is mostly outdoors and can be cold and/or wet in the other seasons.

Kitsilano Beach is located west of downtown and is visited often in the summer. With tennis, basketball and beach volleyball courts, there is plenty of opportunity to play sports. In the summer it is possible to swim in the ocean but it will be quite cold. Logically because it is a beach, it is the most fun during the warm summer season.

This 22-hectare garden can be visited all year around but the prices are a little higher in spring and summer. The garden contains a large variety of flora and sculptures. There are sections resembling every part of the world with flora from that region. The Visitors Centre contains shops and cafes and is a great place to visit.

False Creek separates downtown Vancouver from the rest of the city. There are many tourist attractions on the waterfront, for example Rogers Arena, Science World and BC Place. This place is particularly beautiful and perfect for photographs at dusk.

For your shopping pleasure there is one place to go to in Vancouver and that is Robson Street. There are many designer stores and the Pacific Centre mall is located at Robson and Granville. The Pacific Centre has some premium brand stores like Ted Baker and Hugo Boss but there are also more affordable brand stores in and around Robson Street. It is great shopping year around but during Christmas it is particularly nice because the whole street is decorated.

When you are around the Millennium Gate on Pender Street you should definitely go into Chinatown for a look around this old area in Vancouver. The gate itself (as shown on the picture) is already beautiful to start with. Furthermore there are small stores and shops with typical Chinese products. The best day to visit this area is the Chinese New Year because there is a big parade celebrating the New Year.

As the oldest part of Vancouver, Gastown looks different from the rest of the city. The area is really popular and has lots of bars, restaurants and pubs. It is perfect for a night out throughout the whole year.

This eye-catcher is located by False Creek directly next to the Main Street SkyTrain Station. There are scientific exhibitions throughout the year and it is a perfect place to spend a rainy day indoors. It is also close to a park where there are many activities during the summer.