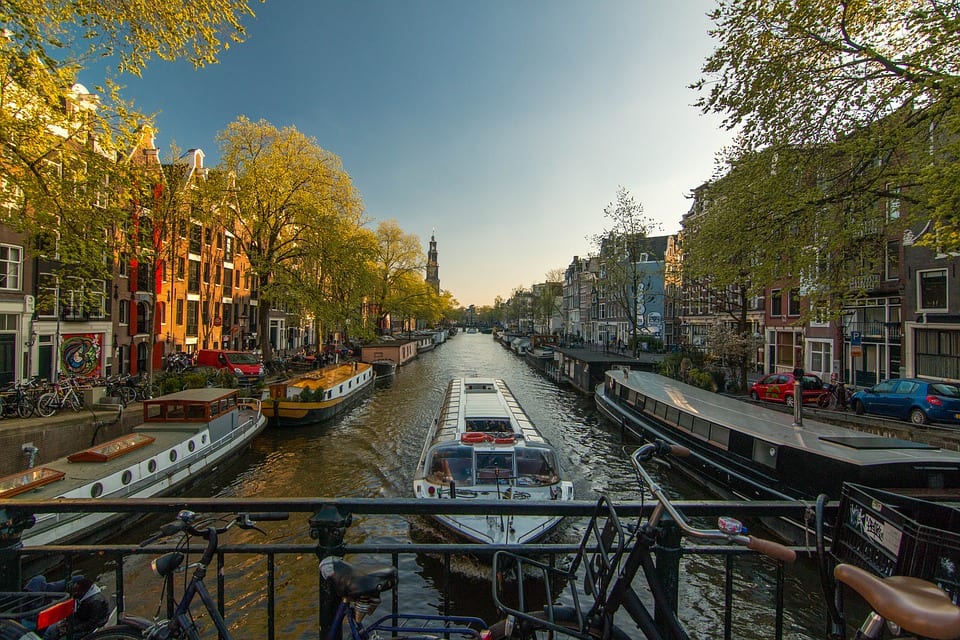 The Netherlands’ capital in all its splendor

Known for its laid-back drug and prostitution policies, Amsterdam is often not celebrated for all the other things it has to offer. From a party city to a cultural city, it has it all! Check out these 10 reasons why YOU should visit Amsterdam.

These waterways run through the entire city center and are a great way to explore the city. There are lots of boat tours you can get on but it is also fun to rent a boat yourself and explore the many channels on a self-guided tour.

Amsterdam is a party city and especially in the summer, there are plenty of options. Festivals are everywhere and happening every week. The capital of the Netherlands hosts many of them in and around the city. While visiting the city, you should definitely try one of the many music festivals!

A lot of modern dance music DJs are from the Netherlands so it’s no wonder that Amsterdam has a big club scene. Every year in October the city hosts Amsterdam Dance Event (ADE), a 5-day non-stop party from Wednesday until Sunday with electronic music blasting day and night.

During the Dutch Golden Age, art played a major role in upper-class society. Almost everyone knows Rembrandt and his famous works, as well as famous painters like Van Gogh. There are many museums in the city but be prepared for long wait lines filled with tourists.

The easiest and cheapest way of transport in Amsterdam is by bicycle. There special lanes for cycling and also lots of places where you can park your bike.

During the Dutch Golden Age, there was a lot of wealth in the Netherlands and especially in its capital of Amsterdam. Plenty of money went into building fancy houses with beautiful facades that are great to look at still today.

Prostitution is legal in the Netherlands and there is a red light district in almost every major city. The one in Amsterdam is a famous tourist attraction and best to see at night.

This former industrial area is now a cultural and creative hot spot. A lot of artists and other creative industries are based in the north of Amsterdam.

Formally known as Queen’s Day when Queen Beatrix was still in power, this day celebrates the royal family’s birthday. During Beatrix’s reign it was held on April the 30th, which is the birthday of her mother, Queen Juliana (confusing, huh?). For the last two years, King Willem Alexander has reigned and his birthday is on April the 27th. So on this day everyone in the Netherlands parties and in every large or small village or city there are many festivities to attend for Koningsdag!

Although buying drugs is not actually legal, it is allowed by a special regulation. The drug policy in Amsterdam and the rest of the Netherlands is quite loose in comparison with other countries. You can get weed, hash, magic mushrooms and other soft drugs in coffee shops and ‘smart’ shops.